These publications are also available in hard copy at Town Hall.

A History of Bolton Township and the Municipality of Austin

Adaptation of a presentation by Prof. Jean-Pierre Kesteman, Ph.D., Université de Sherbrooke, given at the Saint-Augustine Church in Austin on October 8, 2000.

The history of Austin, which began officially in the late 1930s, can best be understood as part of the history of Bolton Township. Before, its was part of the Municipality of East Bolton, itself the result of an earlier territorial division. In the beginning, Bolton (est. 1840) was the only municipality in the Township of Bolton, granted to Nicholas Austin in 1797. Because the Sutton mountain range made it difficult to manage, the municipality was divided in 1876 into two separate entities: East Bolton and West Bolton. Thus three stages led to the creation of Austin: the granting of Bolton Township in 1797, the creation of East Bolton in 1876 and the incorporation of Austin in the late 1930s.

Nicholas Austin and the Leader and Associate System 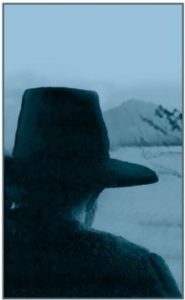 Adapted from a presentation by Dr. Jim Manson, Champlain College of Vermont, given in Austin on October 1st 2011.

Nicholas Austin, a Quaker from New Hampshire, seemed an unlikely candidate for aristocracy in the 1790s wilderness of what became the Eastern Townships. Yet the scheme under which he settled Bolton Township was formulated by the British Government precisely to create a new social order based on a landed aristocracy, to  counteract the rising power of the English-speaking merchant class along the border between the United States and Quebec. Known as the Leader and Associate system, the scheme would ensure that large landowners held control of the Legislative and Executive Councils. 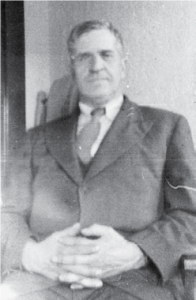 To commemorate its 75th anniversary in 2013, the Municipality of Austin published a detailed historical account of its creation, written by Maurice Langlois, honorary member of the Cultural Committee.

Establishing Austin as a separate municipality was no easy feat. It was, in fact, a heart-rending event for the citizens of the new entity as well as of those of the original municipality of East Bolton. This separation, which seemed inevitable, followed three prior territorial dismemberments since the granting of the township of Bolton to Nicholas Austin in August 1797.

A Historical Tour of Austin’s Churches

Based on a text by Françoise Hamel-Beaudoin

The history of the churches of Austin also tells the story of those who settled in the area during the 19th and 20th centuries, retracing the courses followed by communities of different faiths within our municipality. In addition to the Abbey of Saint-Benoît-du-Lac, the Municipality of Austin was home to four houses of worship: 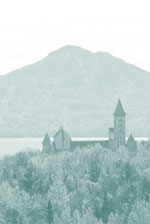 Adapted from a presentation by Dom René Salvas, o.s.b., given at the church in Austin on September 29th 2002.

The site of the Saint-Benoît-du-Lac Abbey is set like a jewel on a beautiful promontory named Gibraltar Point on the west side of Lake Memphremagog, between Mt. Orford and Mt. Owl’s Head in the background. This exceptionally beautiful area was chosen and cleared in the 18th century by Loyalists led by Nicholas Austin, the Quaker unto whom Bolton Township was conferred. In the 20th century, the Benedictine monks preserved the site and built the Abbey of Saint-Benoît-du-Lac, an architectural masterpiece and the icon of Austin and the Eastern Townships. 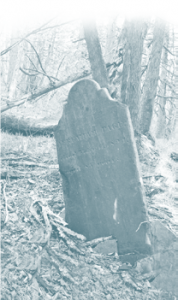 Abridged version of research by Serge Wagner and Maurice Langlois

The cemeteries in our municipality represent the most extensive and best-preserved artifacts and recordings of our history. They are both museum and history book: they tell of the settlement of Austin, of the changing habits of those who came to live here and of their attitudes toward death (and life). They also teach us about transformations in funeral practices and about evolving tastes, as reflected in the arrangement of graveyards and the monuments to the dead.

The large number of cemeteries found in Austin is most remarkable, for more than 15 of them have been found this relatively small territory.

Based on a text by Serge Gaudreau, Historian 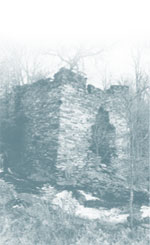 The Municipality of Austin was created from successive dismemberments of the Township of Bolton. At one time, the heart of the village lay not at the crossroads of Nicholas Austin and Millington/Fisher roads, as it does today, but at the intersection of North and Patch. First called Thompson’s Mills, this centre was renamed Millington in 1877 when a post office was opened there. Millington is one of the oldest areas of Loyalist settlement in the Eastern Townships.

As mills were essential for colonization, Nicholas Austin and Alexander Thompson built the first mills in the Township of Bolton, but we still don’t know which of the two built the first.

A brook draining the chain of lakes and ponds that run along the present-day North Road emptied into Lake Memphremagog’s Greene Bay. There, in the early years, dams were built, along with mills for grinding grain, sawing wood and processing wool… 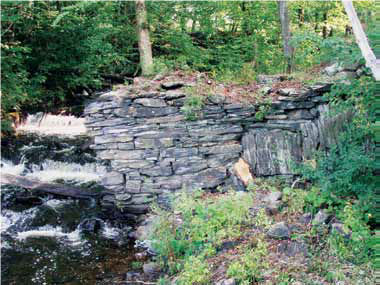 In the summer of 2009, Austin’s Cultural Committee, spearheaded by Serge Wagner, commissioned archeological digs along Powell Brook which unearthed the ruins of a 19th century preindustrial complex. In 2011, further historical research in the archives and notarial acts supplemented these findings, shining new light upon the economic activities of yesteryear in the former hamlets of Millington (formerly Thompson’s Mills), and Head of the Bay to the south, both of which have since disappeared.

An exhibit at Town Hall features maps, pictures of the vestiges as well as a few artefacts garnered in the course of research. The 2009 report on the archeological digs entitled Les moulins de Millington and the 2012 report resulting from the supplementary research, Les moulins du ruisseau Powell Canton de Bolton are also available for consultation (in French only).  Copies may be obtained upon payment of the duplication fees.

By Serge Wagner. Published  in 2014 to commemorate the 35th anniversary of Austin’s Fire Department 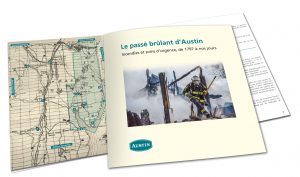 For nearly 150 years, fires constituted a calamity that could befall each and every resident. However, in the past 35 years, citizens and their elected members of Council have mobilized to better combat the “Fire Demon.”

Today, Austin’s Fire Department – which also covers East Bolton – is highly recognized for the quality of its fire protection services and the rapidity of its emergency care.

Reginald Aubrey Fessenden has often been called the unsung hero of telecommunications. Born on October 6th 1866 in Austin (then a part of the former municipality of East Bolton), he displayed a keen interest in science very early on and, at the age of 15, asked his uncle – a physics professor – why thunder could be heard even though it was not connected to a wire. His life was to become a quest to transmit the human voice.

In 1897, while observing the concentric ripples created by a rock thrown in water, Fessenden found the solution to the problems that had long confounded him… 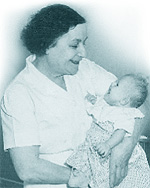 Lily Esther Butters was at the heart of an extraordinary adventure that played out in Austin in the Eastern Townships. She was born on March 5, 1894 in Newcastle, England, and there was no indication that her life would be in any way different from that of her brothers and sisters.

Come to Canada in 1929 with her husband and children, she settles in Austin. There, in the 1940s, she fulfills a life-long dream by founding a hospital for mentally handicapped children. 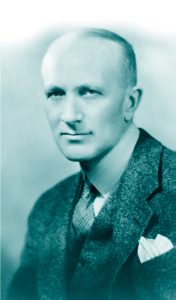 “Brain surgery is a terrible profession. If I did not feel it will become very different in my lifetime, I should hate it.”

Wilder Penfield, in a letter to his mother, 1921

Montreal’s first neurosurgeon, who was described in his time as one of the greatest Canadians, was actually born at the edge of the American frontier in 1891 and moved to Quebec during the late 1920s. It was in 1929 that he purchased property in East Bolton on Sargent’s Bay, Lake Memphremagog. 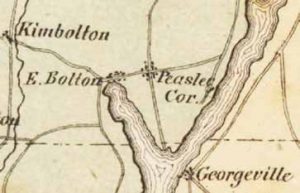 The Hamlets of Austin

Colonisation on the territory of Austin began in 1793, closely followed by the appearance of small hamlets. Most have since vanished and are forgotten. The story of these small settlements is related in a series of articles. 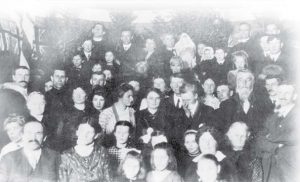 The onset of winter is marked by a great community celebration called “Christmas Tree”, a tradition imported by the American settlers. Even though the festivities are often linked to the Methodist Sunday School, it is more a community gathering than a religious one. Everyone – including the handful of resident French-speaking Catholics – is invited to attend, no matter his or her religion.

Smelt fishing in the Powell brook: from miraculous to ecologically disastrous

For two decades in mid-April, an event took place on the shores of the Powell brook (also known under the name of McIntosh), transforming the bucolic municipality of Austin into a veritable fairground. The instigator of this annual upheaval was a small fish, the 8-cm long smelt. Here is a look back at what happened…